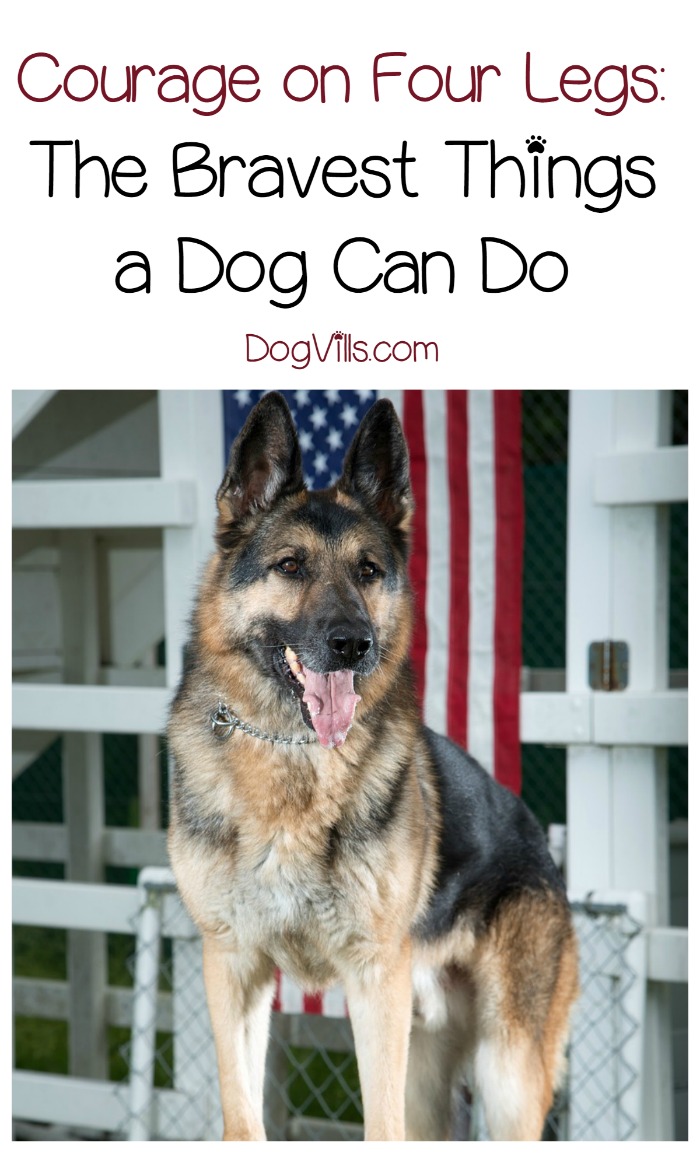 What are the bravest things a dog can do? The definition of bravery is “courageous behavior or character.” People often wonder if, in the face of danger, would they be brave or would cowardice take over. For dogs, it doesn’t seem that cowardice is an option, particularly not when it comes to honoring their relationships with their humans.

These four stories each show a slightly different side of four-legged bravery, but each dog exhibited great courage in dangerous situations. Just one more reason dogs are such incredible animals!

Four Bravest Things a Dog Can Do

Family Dog Saves a Baby from a Fire

A mom in Baltimore, Maryland lived every parent’s worst nightmare. Erika Poremski stepped outside of her home only to turn around and realize it had gone up in flames – with her eight-month-old baby, Viviana, and six-year-old dog, Polo still inside.

Erika tried multiple times to get into the home to save Viviana, but the smoke was so thick she couldn’t get upstairs. When the firefighters arrived, they found Viviana upstairs with Polo shielding her body with his own. Polo lost his life in the fire saving Viviana, sacrificing himself to save his human baby. There is no act of bravery more bittersweet and heart-wrenching.

Dogs who serve in the military or with police officers always have a special place in my heart, and one of the 2016 finalists for the American Humane Association Hero Dog Awards has an incredible story. Kobuk, a German shepherd in York, Maine, was brought in after a 77-year-old woman, Ruth Brennan, who suffers from both dementia and diabetes was lost in the woods for 2 days.

Search/Rescue Dog Kobuk, sponsored by @AmericanAir saved a woman lost in the woods. See the @HeroDogAwards on @hallmarkchannel 10/28 @8ET/7C pic.twitter.com/EfC1F0VlVo

Kobuk searched tirelessly with the rescue team and found Ruth, saving her life. Without a doubt, his handler gave him extra cuddles for a job very well done!

This one hits close to him, as this act of bravery was exhibited by my rescue, Gracie. She was staying with my parents while my family was moving, and a neighbor came over to let out Gracie and my parents’ dog. The minute she got outside, Gracie escaped the backyard and ran. Family and friends searched for her for several hours, but as a rescue, Gracie is very scared and anytime she was spotted, she would run the other direction. As night fell, my mother called me to break the bad news.

My parents’ home is near a forest preserve with plenty of coyotes, and as I drove the 5 hours to join the search, I couldn’t help but fear the worst. We searched all day, and as dusk approached that second night, I desperately cut pieces of a loved blanket and made a breadcrumb trail from the woods to my parents’ house. It worked – at 4 a.m., we awoke to Gracie whining on the deck!

With only a broken tooth, some small cuts, and burrs in her fur to show for the harrowing experience, Gracie survived 2 nights in the dangerous woods and found her way back to her family.

Harley, the 2015 Dog Hero Award winner, was rescued from a puppy mill after 10 years horror. With all kinds of debilitating physical damage, including an eye lost due to his cage being power-washed with him inside, Harley’s spirit remains that of a fighter. He accompanies puppy mill rescuers on missions to reassure the terrified dogs that help has arrived, and he travels to public appearances and schools where he brings awareness to the deplorable condition of puppy mills.

With his years of mistreatment, Harley could be jaded and untrusting of humans. Instead, he works alongside them to save other dogs. What a selfless hero!

These stories are extraordinary, but dogs show smaller acts of bravery every day.

What is the bravest thing a dog can do in your opinion? What has your dog or pet done that has shown their courageous behavior or character? We’d love to hear about it! 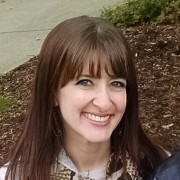