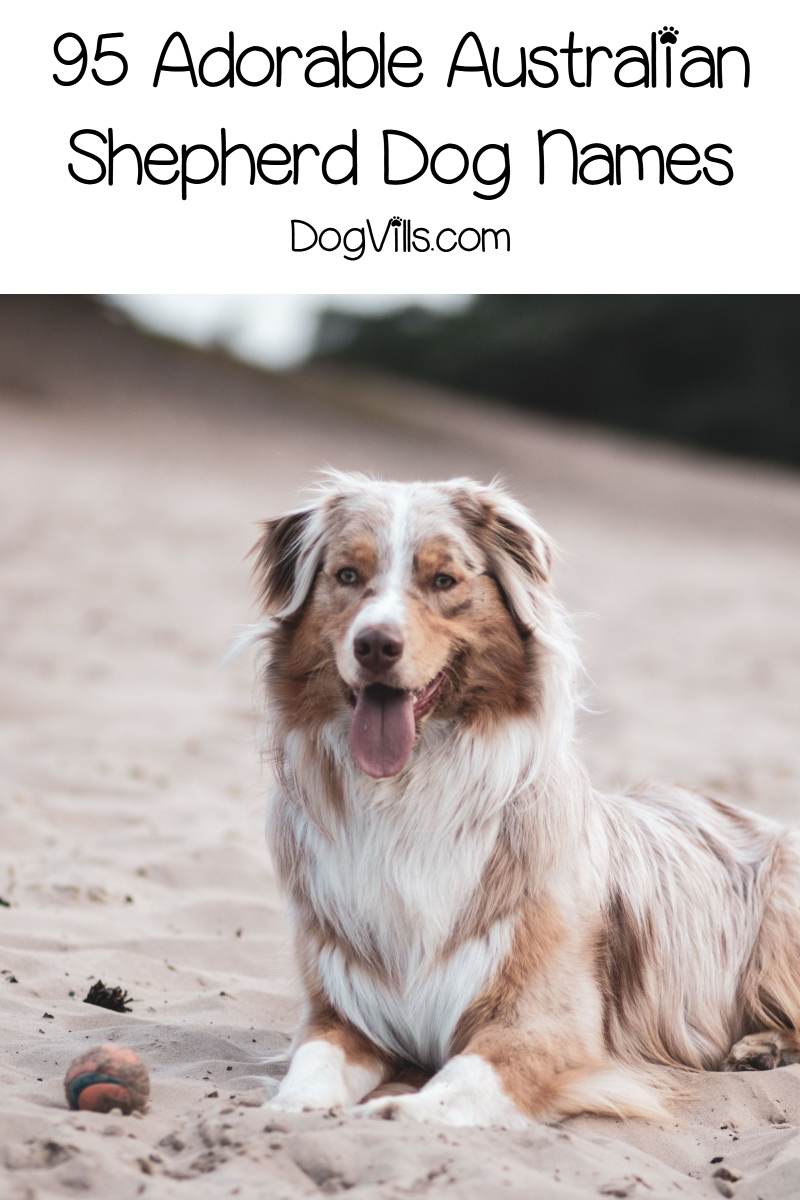 We have plenty each for boys and girl dogs!

Read on for our list, inspired by their origins, fur color, and even their multiple-colored eyes!

You may also love: 50 Beautiful Dog Names with Two Letters

They first originated during the 1800’s when they were used by indigenous shepherds, called Basques, near the Pyrenees Mountains.

These mountains form a natural border between north-central Spain and south-western France.

Australian Shepherds first came to the United States during the late 19th and early 20th centuries.

Throughout the years, this dog breed has been known by several different nicknames, including Aussie and Spanish Shepherd.

A unique feature of Australian Shepherds is that it is common for them to have two different colored eyes, also known as heterochromia.

So, we’ve chosen names inspired by all of the above! Take a look!

What are your favorite Australian shepherd dog names? Share below!