Want to learn more about this playful breed? Read on for the history, health issues and care of the Jack Russell Terrier. We’ll also give you some key insights into the JRT’s temperament and some must-know facts about keeping this furry pal happy and healthy.

Where Did the Jack Russell Terrier Originate From?

Developed over 200 years ago in southern England by a man named Parson John Russell, this small pooch was used to flush foxes out of their dens.

Because of its tenacity and strong prey drive, the JRT soon became a popular breed among hunters on horseback of that era. By the 1930s the Jack Russell had made its way into the United States; however, there was some debate in its standard appearance and whether it should stay in the “working” dog category.

Today, there is a club just for the JRT (Jack Russell Terrier Club of America) which considers this breed purely a hunting dog. However, the Jack Russell Association did seek recognition from the American Kennel Club which was granted in 2000 but renamed it the Parson Russell Terrier to avoid confusion with its other associations.

Related: Lakeland Terrier: Is it a Hypoallergenic Dog?

Personality of the Jack Russell Terrier

There’s a reason why you may see the JRT used on television shows and in the movies; this is one smart pooch! But as any pet parent of a highly intelligent dog will attest to, brains means activity, which means you better give this dog something to do or you will be sorry. so to the question: Are Jack Russell’s smart dogs? the answer is: Yes.

The JRT loves to dig and will do so if he becomes bored or left unsupervised. In fact, experts of the Jack say it’s easier to give your JRT a place to dig than to try to curb him of this instinctive behavior.

Aside from being a recreational hole-maker, the Jack is energetic, spirited and will live his life to the fullest; even if that means going over, under or through a hole in the fence to pursue it.

This breed does well with older children, but may not get along well with other dogs of the same sex; don’t be surprised if your little buddy challenges a bigger canine. He also has a very high prey-drive, so small furry creatures and cats are not recommended sharing a home with the Jack Russell.

The JRT is also bouncy and is capable of jumping higher than five feet. He does have the propensity to use this talent when it comes to jumping on people, furniture, and objects.

If you’re seeking a furry companion that wants to be a part of your everyday life, then the Jack is the dog for you. He thrives on human companionship and will need several walks and play sessions each day to help keep that energy under control. For this reason, having a Jack Russell in an apartment is not recommended.

Since the Jack Russell is a willful and stubborn breed, he will need obedience training and early socialization to become a happy family pet.

This breed responds best to a consistent schedule and positive reinforcement in the form of praise, treats, and play; he will become stubborn in the face of harsh corrections. He also needs a lot of exercise! If you’re a water rat and you’re wondering “do Jack Russell’s like to swim?” the answer is yes, for the most part! Of course, it depends on the dog. Give it a try! It’s great exercise for both of you!

It is recommended that you start training your Jack Terrier puppy upon arrival. If you obtained your new fur baby from a reputable breeder, this should be no earlier than eight-weeks-of-age (puppies younger than this age needs to be left with their mothers).

Since this breed is inquisitive and clever, you may find crate training is the best option. This not only gives your puppy a safe place “to get away from it all” and rest, but it ensures his safety when you’re not able to be supervising his playtime. It also makes potty training easier.

This video summarizes it

Care of the Jack Russell Terrier

Like all dogs, the Jack Terrier will need a high-quality kibble that will support his growth and development and will meet the demands of his rambunctious lifestyle. Be sure the diet has an identified protein as the first ingredient with added veggies, fruits, vitamins, and minerals for overall health.

Not sure if Your Jack Russell is getting too porky? Give him the eye test.

This is done by looking straight down at him. Can you see his waist or is he wider than he should be?

Now place your hands on his back, with your thumbs along the spine, and your fingers spread downward. You should be able to feel but not see his ribs without having to press hard. If you can’t, he needs less food and more exercise.

As we mentioned earlier, it’s best to have a fenced-in backyard for your JRT to run off all his access energy. But be aware that not all fences are created equally, and your clever Terrier will find those weak links (so to speak). This breed has been known to climb accessible trees to escape the security of his yard.

Experts of the Jack Russell breed highly recommend walking your dog on a leash to avoid him taking after “prey.” His walks should be fast-paced for about 30 to 45 minutes each day. You can mix up his daily exercise with trips to the beach, hikes or even agility training and Flyball.

As a puppy, early socialization with other dogs is key to having a well-mannered adult Jack. Enroll your pup into obedience or “kindergarten” canine classes to help with the process.

Are Jack Russell’s good for kids?

Since the JRT tends to be very high energy and jumpy, it is better suited to homes with older children that know how to handle dogs. This breed can also be “snappy” when handled too roughly. Always teach children how to approach and interact with a dog. Pulling, tugging and teasing the family pooch should never be acceptable.

There are two types of JRT; the smooth coat and the broken coat. Both of these are considered a double coat and each has a coarse texture. The broken coat tends to be slightly longer in nature, with some eyebrow and beard hair. If you’ve been told that your Jack Russell has a “rough” coat, this simply means it is slightly longer than the broken; however, to its standards, the coat should never be curly or wavy.

To groom both of these textured coats, you will need a good bristle brush and a once-a-week schedule. Remove all the dead and loosened hair. If done faithfully and properly, your Jack will seldom need to be bathed.

The JRT will need to have his toenails trimmed once or twice-a-month. A good rule-of-paw is if you can hear them clicking on the floor, they need to be trimmed.

Another good grooming practice is to brush your dog’s teeth. This should be done at least two to three times each week to decrease the risk of dental issues and the other conditions that can result due to poor oral hygiene. You may also want to try appropriate chews and toys that help reduce plaque and tartar buildup.

Even though the Jack Russell Terrier is a relatively healthy breed, there are still some genetic problems that can occur. These include;

Before you adopt a JRT, research out reputable breeders to ensure you can avoid the number of genetic issues that are linked to this breed.

Are Jacks Russell’s Terriers hypoallergenic dogs? Technically, no but it all depends on your type of allergies. I’ve also seen a lot of people ask about mixes. For example, are Jack Russell Chihuahua mixes hypoallergenic? Again, the answer is no since both breeds are non-hypoallergenic.

Now that you know all about the Jack Russell Terrier, perhaps you feel you’re ready to embark on this journey with a wonderful family companion. If so, be sure to research out reputable breeders or a rescue organization to adopt your new BFF. If you have allergies to certain dogs, you may want to organize a “playdate” with a Jack Russell Terrier, to ensure his fur will not create any problems for your health.

Do you have any other questions about whether the Jack Russell is hypoallergenic? Do you have one of these sweet pups?  Then drop us a line in the comment section. We are sure you have plenty of great advice and funny antics of this playful pooch. 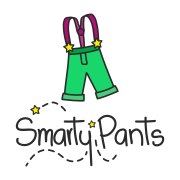 Sandie lee has been writing for 20 plus years. She hails from a small town in Ontario Canada with her three rescue felines and a Hubby of 16 years. When she's not writing or playing with her fur babies she loves to hike and watch NetFlix.