These names represent independence and history in America.

The list below represents some of the finest female and male dog names inspired by the 4th of July and America.

In some cases, you can use either the first or last name, which I have included in parenthesis.

Affiliate links included below. If you make a purchase, we earn a  commission.

The name Abigail is from Hebrew origin, meaning “Father’s Joy.”

There are 2 famous patriotic songs with the name America in the title- America the Beautiful, composed in 1985 by Katharine Lee Bates & Samuel A. Ward and God Bless America, composed in 1918 by Irving Berlin.

Named after the Liberty Bell, an iconic symbol of American Independence, with an inscription that reads- “Proclaim Liberty Throughout All the Land into All the Inhabitants Thereof.”

Old Glory is the nickname that was given to the United States flag by its original owner- William Driver, a 19th century American sea captain.

July is the month of America’s Independence Day!

It is also the month of the Independence Day of several other countries, including Algeria, Argentina, Belgium, Canada, Peru, Somalia, Rwanda and Venezuela.

Justice is part of the Pledge of Allegiance- an expression of loyalty to the United States flag- written in 1892 by Francis Bellamy.

Justice is a name inspired by patriotic values and is derived from French and Latin origins.

The Pledge of Allegiance reads- “I pledge allegiance to the Flag of the United States of America, and to the Republic for which it stands, one nation under God, indivisible, with liberty and justice for all.”

Malia Ann Obama is the oldest daughter of Barack Obama- the 44th President of the United States.

She was born on July 4, 1998 in Chicago, Illinois. The name comes from Hawaiian origin, meaning “Beloved.”

The name Star can represent the 50 stars that appear on the United States flag.

It can also represent The Star-Spangled Banner, the national anthem of the United States. The name is derived from English and Latin origins.

9. Benjamin (or Benji for short)

He was also one of the Founding Father of the United States.

The name comes from Hebrew origin, meaning “Son of the Right Hand.”

Paul Revere was an engraver, industrialist and silversmith. He was also a Patriot in the American Revolution.

The name is derived from English, French and Latin origins, meaning “Little; Small,” making it the perfect name for small dog breeds, including the Chihuahua, the Dachshund, the Maltese and the Papillon.

Brave is part of the national anthem of the United States- The Star-Spangled Banner- ” … O say does that star-spangled banner yet wave; O’er the land of the free and the home of the brave?”

Calvin Coolidge was the 30th President of the United States, born in Plymouth Notch, Vermont on July 4, 1872. 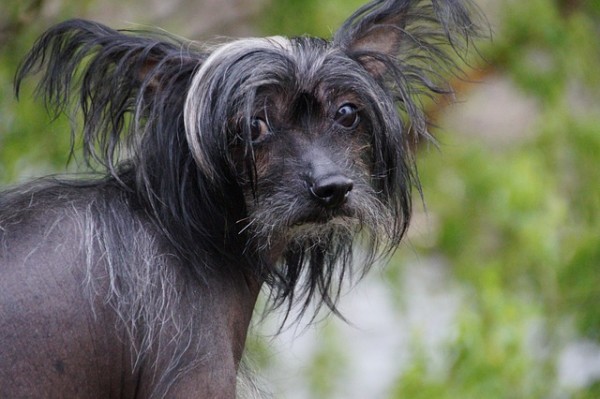 Francis Scott Key was an attorney, author and poet from Maryland. He wrote The Star-Spangled Banner in 1814, which is the United States national anthem.

Ron Kovic, an author, political & peace activist and a former Sergeant with the United States Marine Corps, was born in Ladysmith, Wisconsin on July 4, 1946.

His 1976 memoir titled- Born on the Fourth of July

A Patriot is defined as someone who defends, loves and supports a particular country.

The New England Patriots– a professional football team based in Foxborough, Massachusetts- were named after the Colonists (Patriots) who declared, on July 4, 1776, that the United States was an independent nation.

Delaware is in the Northeastern region of the United States, bordered by Maryland, New Jersey and Pennsylvania.

It was one of the 13 colonies represented in the American Revolutionary War. On December 7, 1787, Delaware became the first of the 50 U.S. states.

Eleanor Roosevelt, born in 1884 in New York City, New York, was the wife of Franklin D. Roosevelt- the 32nd President of the United States.

She was also a Representative of the United Nations Commission on Human Rights and the Chairwoman on the Presidential Commission on the Status of Women.

Sacagawea was born in 1788 in Lemhi County, Idaho, into a Native American tribe known as the Northern Shoshone.

She is best known for guiding Lewis and Clark through the Louisiana Purchase. The name is derived from Native American origin, meaning “the Bird Woman.”

Harriet Tubman was an abolitionist and political activist, who was born into slavery on a plantation in 1820 in Dorchester County, Maryland.

After she escaped from the plantation in 1849, she returned to Maryland 13 times, over the course of 11 years and freed roughly 70 slaves.

Helen Keller, born in 1880 in Tuscumbia, Alabama, was an author

She was the first deaf-blind person to earn a Bachelor of Arts degree, which she received at the age of 24 from Radcliffe College in Cambridge, Massachusetts.

She was also the co-founder of the American Civil Liberties Union. The name comes from Greek origin, meaning “Bright; Shining Light.”

Rosa Parks, a civil rights activist, was best known for her role in the Montgomery Bus Boycott, which lasted from December 5, 1955 to December 20, 1956.

She has been called “the first lady of civil rights.” The name comes from Latin origin, meaning “Rose; a Flower.”

On July 21, 1969, he and fellow astronaut- Neil Armstrong- were the first two people to walk on the Moon. The name is derived from American origin, meaning “Village in the Woods.”

Lee Greenwood is a country music singer, born in 1942 in South Gate, California.

He is best known for his 1984 patriotic song- God Bless the U.S.A.- which features the lyrics-    “And I’m proud to be an American where at least I know I’m free, and I won’t forget the men who died, who gave that right to me.”

Lex, from the Battle of Lexington in 1775 in Lexington, Massachusetts. The battle, between American and British forces, was the start of the American Revolutionary War.

The name is from Greek origin, meaning “Defender of Men.”

is a country music singer, songwriter and record producer, born in 1961 in Clinton, Oklahoma. He often visits military troops serving on the front lines and is known for his songs about America and the military.

His 2002 song- Courtesy of the Red, White & Blue, features the lyrics- “My daddy served in the army, where he lost his right eye, but he flew a flag out in our yard, ’til the day that he died.”

His 2003 song- American Soldier, features the lyrics- “I’m an American soldier, an American, beside my brothers and my sisters I will proudly take a stand.”

And his 2011 song- Made in America, features the lyrics- “He’s got the red, white, and blue flyin’ high on the farm, Semper Fi tattooed on his left arm.”

What do you think of these American themed dog names? Which is your favorite?