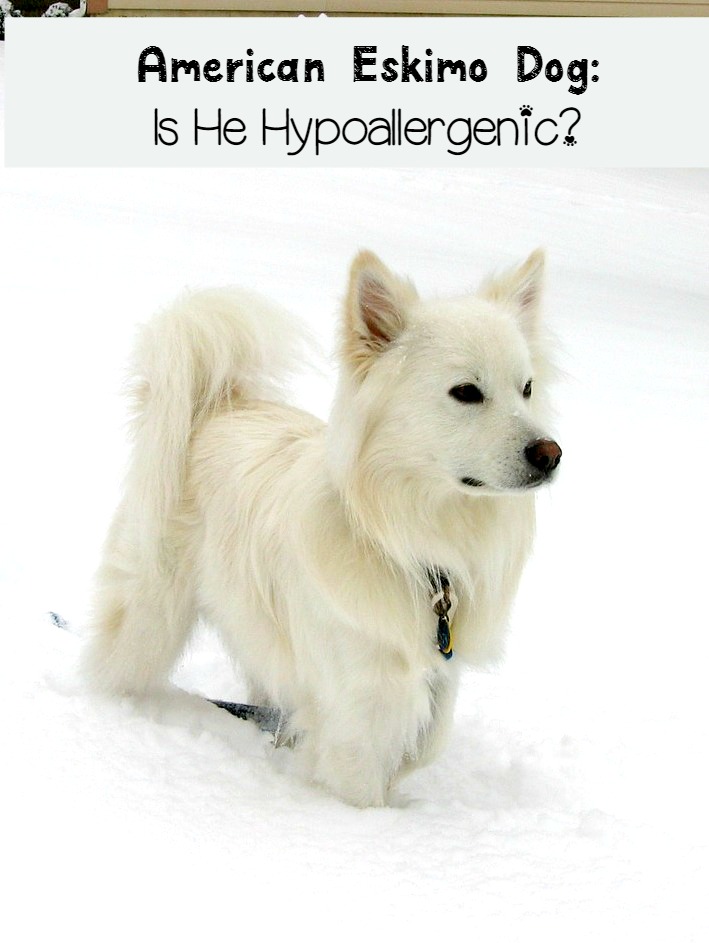 Related: Least Hypoallergenic Dogs: Which Dogs Shed the Most?

I’m a huge fan of Google for almost anything, but it seems that there is an abundance of misinformation out there about Eskies. They’re in the same boat as Samoyeds. You’ll recall that a couple of months ago, I had to correct an article about the Samoyed because I stated that they were hypoallergenic. They are not, however, all of my research told me they were. That’s why I immediately decided to write an article on whether or not Eskies were hypoallergenic after I realized that Google was more of a hindrance than a help on this topic.

The American Eskimo dog is SO not hypoallergenic. This breed has a double coat. It has a top coat to keep out moisture and the elements and a dense undercoat to insulate it from the cold. This dense undercoat sheds – a lot. That’s important to remember because strictly speaking no dog is hypoallergenic. I’ve covered this before, but let’s take a look at what makes a dog “hypoallergenic”.

A hypoallergenic dog either sheds very little or not at all. That’s the key. You see, no dog is allergen free. However, the lack of shedding is what keeps those allergens in the environment to a minimum. When a dog sheds, the hair that falls off is filled with allergens such a skin cells, saliva, and sometimes urine, depending on where the shedding came from. As the hair circulates through the home, those allergens are released into the air. A “hypoallergenic” dog simply has little to no shedding.

The American Eskimo Dog is Not Hypoallergenic

All that info brings us back to why the American Eskimo Dog isn’t hypoallergenic. It sheds. It sheds like a fiend. All of that shedding releases copious amounts of allergens into the air. Not only are those allergens in the air, you now have dog hair all over the place. Which means those allergens are not only in the air, they’re on your floor or your couch or your bed. If you’re a super dog person, they’re probably all over EVERYTHING.

So if you’re looking for a hypoallergenic dog, the American Eskimo dog isn’t for you. They simply shed too heavily for anyone with a dog allergy to even entertain the notion of having one.

Do you have an American Eskimo dog? How has your experience been?