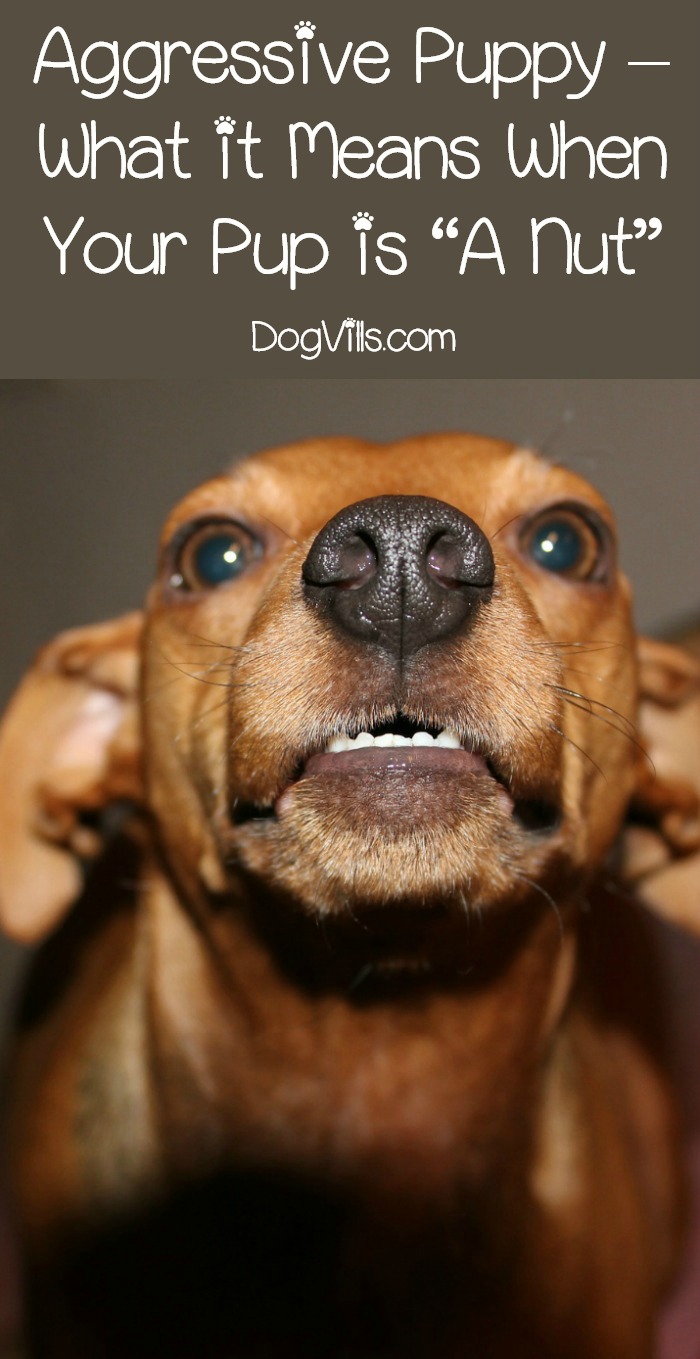 Aggressive puppy? Let’s talk about it.

I recently came across a question in the forums from an owner who said her new puppy was attacking her older dog, and she couldn’t understand why.

Unfortunately, that was the extent of the question.

She didn’t go into much detail, so it’s hard to know exactly what’s happening.

BUT I have dealt with this question at the vet before, so let’s talk about the question of an aggressive puppy.

Is He an Aggressive Puppy?

Signs of an Energetic Puppy

More than likely, the puppy is overly playful, which leads to an aggressive play style, but he probably isn’t aggressive in the sense of an actual attack.

Most puppies are naturally high energy and are all about rough play.

So if you pair them with an older dog who just wants to lay around, you’re going to see some aggressive looking behavior.

This behavior can include:

For the most part, this is just the puppy attempting to get the other dog to play.

We had a puppy like this. He was a holy terror. He even pulled down our shower curtain. He wasn’t vicious, though. He was just overly playful and WAY too full of energy.

Signs of an Actual Aggressive Puppy

While most dogs are born friendly, there are some dogs who are born with a seemingly aggressive streak born into them.

This can be the result of breed combined with situation or some sort of brain dysfunction – they can happen  in dogs. Whatever the case may be, there are signs to look for that can indicate if your aggressive puppy is actually not good with other dogs rather than just overly energetic.

RELATED: Puppy Aggression – How to Calm That Rowdy Pup

Aggressive Puppy – Playful or Something Else

Because the vast majority of puppies just want to play and have fun, it can be difficult to determine that aggressive puppy currently trying to eat your shoe is just playing with your older dog or if it’s something more.

If you’re on the fence, watch both dogs carefully.

Watch for the signs of playfulness versus the signs of an actual problem. The more you observe, the better you can determine which it is.

Fear not. Even if your aggressive puppy is showing signs of territorial behavior or attacking your older dog, there are things you can do.

Proper training is one of the keys. Take your puppy to a certified trainer skilled in dog to dog interaction and begin the process of getting rid of as much of that behavior as possible.

Often times, a puppy with territorial issues can benefit from training to the point where they get along swimmingly with other dogs. The main key is never to ignore an aggressive puppy.

You need to know what you’re dealing with so you know how to address it.

Have you ever dealt with an aggressive puppy? Share your tips and experiences below!