When I’m looking for a great name for my new dog, I always turned to mythology first. I especially love Greek female dog names!

See, most of my dogs have been girls, and I just love giving them a strong, powerful name.

While Greek mythology is one of my favorites, there are also some fabulous Roman counterpart names as well, so we’ve included a section with those, too.

Start with my top 10 favorites for each category. If you don’t find one you love there, just keep reading for even longer lists!

Quick refresher course in case it’s been a while since you studied mythology.

Both have fascinating myths, stories, and teachings, and both have also inspired some great names for female dogs.

Let’s check out the Greek female dog names first, then we’ll move on to the Roman!

FYI, his post contains affiliate links. If you make a purchase through these links, we earn a small commission at no extra charge to you. 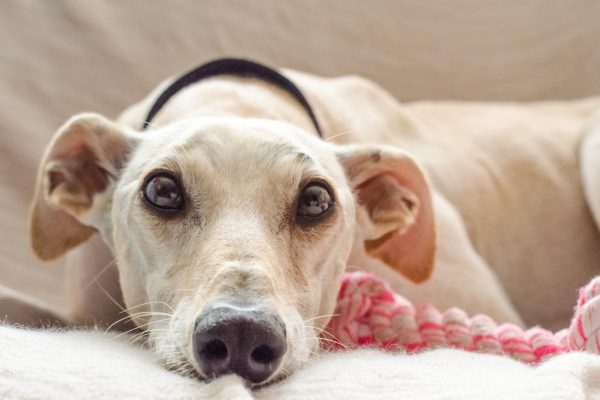 Let’s start with some of the most popular women in Greek mythology, shall we?

Aphrodite is the goddess of beauty, love, pleasure and procreation. Her major symbols include doves, myrtles, roses, sparrows and swans. She is the daughter of Zeus and Dione.

This name is appropriate for so many dogs, as they are all beautiful! I do kind of love it for a poodle, though.

If you want a good hunting dog name, you can’t get much better than Artemis. After all, she was the goddess of the hunt! Artemis was also the “mistress of animals,” a protector so to speak.

Fun fact: the Temple of Artemis, located in present-day Turkey, is one of the original 7 Wonders of the World .

Athena is the goddess of handicraft, warfare and wisdom. Her major symbols include helmets, olive trees, owls, snakes and spears. She is the daughter of Zeus and Metis.

I love this name for a wise dog, like the Border Collie!

Cassandra was a mortal princess in the city of Troy. She is the daughter of King Priam and Queen Hecuba. She is said to have had the gift of prophecy and was also cursed by Apollo and in turn, no one would believe her accurate prophecies.

As the second most beautiful woman in the Greek world (second only to Helen), this is the perfect name for a stunning breed, like the Samoyed or the Australian Shepherd.

Harmonia is the immortal goddess of harmony and concord. She is either the daughter of Ares and Aphrodite or Zeus and Electra.

When you’re talking about Greek goddess names for dogs, you can’t leave Hera off the list! She is, after all, the Queen of the Gods! She’s also the goddess of marriage and the sky (including all the stars in it).

This name is perfect for a dog that’s the queen of the queens, the goddess of the goddesses! Basically, the ultimate dog.

According to all of the lists of the most popular dog breeds, that would be the lab, by the way.

A lot of people think Nike is a masculine name, perhaps because the shoe brand is popular among male athletes. However, Nike was actually a Greek goddess.

As you can imagine, the name represents speed & strength, making it perfect for a Greyhound!

We all know the story of how the curious Pandora opened a box that unleashed all the misery and evils of the world, only to realize what she had done and close the lid before hope could escape.

What many don’t know, however, is that Pandora was the first female human, sculpted by the Greek Gods themselves.

Despite Pandora’s faux pas that brought about the end of the Golden Age of humanity, I love this name for a rescue dog that endured many hardships before finding her forever home.

Even though so much misery was unleashed upon her, she still has hope.

Selene is the goddess of the moon. Her major symbols include chariots, cloaks, crescents and torches. She is the daughter of Hyperion and Theia.

I kind of love this name for a dog breed that howls a lot, like the Husky or the Bloodhound. Get it, they howl at the moon, and Selene is the goddess of the moon?

Thalia is the goddess of comedy and idyllic poetry. She is one of the 9 Muses and is the daughter of Zeus and Mnemosyne. This name is just perfect for a goofy or playful girl, like the Papillon.

Did you check these 80 funny girl dog names?

Now, let’s head over to the Roman pantheon! 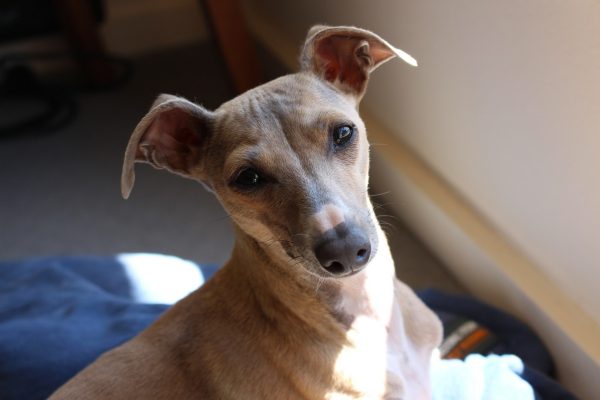 Bellona is the goddess of war. She is normally depicted wearing armor and a helmet and armed with either a sword, a spear or a shield, as well as a torch.

She is the daughter of Jupiter and Juno. It’s a great name for a protective dog breed, like the German Shepherd.

Diana is the Roman goddess of the hunt and of nature, making this name ideal for a hunting dog!

Fortuna is the goddess of fate, fortune and luck. She is associated with both good luck and bad luck. Fortuna is often depicted with a horn of plenty, a ship’s rudder and a wheel of fortune.

This is the perfect name for a rescue dog, since she was fated to become your pup, and you are lucky to have found each other!

While the name was made popular by Harry Potter, as mentioned above Luna is the Roman goddess of the moon.

If you’re planning to adopt two girl dogs, I love the idea of naming them Aurora and Luna. Then you’re have the sun (dawn) and the moon! If you go with a boy and a girl, go with Sol and Luna!

She is Hera’s counterpart, the queen of the gods. It’s a great name for a pup born in June, since the month comes from her name!

Maia is the goddess of the spring and plants, as well as mother to Mercury (the messenger god). This is one of my favorite Roman female dog names, and I love it for a motherly breed, like the Collie.

Minerva is the goddess of arts, crafts, trade, strategic warfare and wisdom. She is the daughter of Jupiter and Metis.

Venus is the goddess of beauty, desire, fertility, love, prosperity and victory. It has been said that she was born from the foam of the seashore.

Vesta is the virgin goddess of the hearth, home, and family. She is the daughter of Saturn and Opis. Vesta is also the sister of Ceres, Juno, Jupiter, Neptune, and Pluto.

From goddesses to Gorgons, from Amazons (the powerful women, not the online retailer) to witches, Greek mythology is overflowing with amazing names for your new female pup!

Along with goddesses, Roman mythology is full of powerful queens, empresses, and more.  Let’s see if any of these names jump out at you and say “That’s the one!”

Mythology is ripe for the picking with hundreds of fabulous names, but I really do love Greek female dog names the best! Roman names are a close second (I love the name Maia).

How about you? What are your favorite Greek female dog names inspired by mythology? Share below!